In a colourful event attended by hundreds of South Sudanese community members in Eldoret, The South Sudanese women group known as Queens of Unity, on 24/10/2022 officially launched their community-based organization, self-help group. 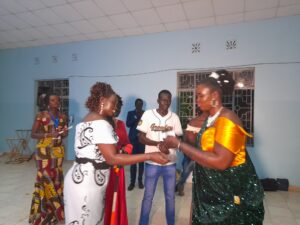 Several community leaders and representatives from all over Kenya, Uganda, South Sudan, Australia, Canada, and the USA   converged to witness the launching of their organization with many people advising them to work for the unity of the people of South Sudan, as mothers & women have a central role to play in the pacification of conflict or ethnic divide, that is currently ravishing South Sudan.

At the event, the organizational official logo and emblems were also officially availed.

The document seen and obtained by The juba mirror read that for the organization’s logo, Inspirations was centred on capturing the central themes of strength elegance royalty, and beauty associated with the noun Queen as well as how this organization’s members embody themselves in their community development as unity queens, and community rebuilding agents that will advocate for the upholding of the good values our South Sudan Culture have to offer.

Further, the organization founding members stated they intend to be peace and unity anchors in the community in Eldoret beyond South Sudan as organizational members’ ethos preaches the gentle and peaceful embrace of all members of our community, a central reference the group members wanted to pass was their logos symbolic message that can be seen in the middle of the dove wings which is a blossoming bloom of flower with hearts emitting from it, as they intend to be the points where love unity and prosperity grow and emits from as it extends to the wider South Sudanese communities.

Nature of the organization

The organization is a non-governmental women’s self-help group that functions as a community-based organization in the jurisdiction its official branches will be operated at.

At the launch, it was also stated that the main objectives are to form a united body of South Sudanese women to assist and support each other to thrive wherever possible and identify enhance and employ the various skills knowledge, and connections this group members have gained to be positive community builders who encourage productive practice and dissemination of peaceful coexistence in the communities.

The group also will promote and advance the education, information, and general empowerment of these group members to enable their understanding practice, and appreciation of the diverse South Sudanese cultures arts, and customs, and the roles that enterprise and peace play in development.

With Product You Purchase

Agwelek refutes claims on build-up of fighters in Upper Nile 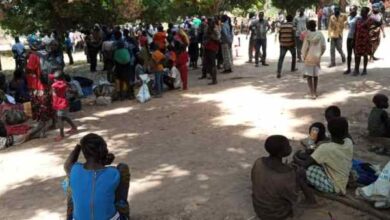